Beyond the Fourth Heritage 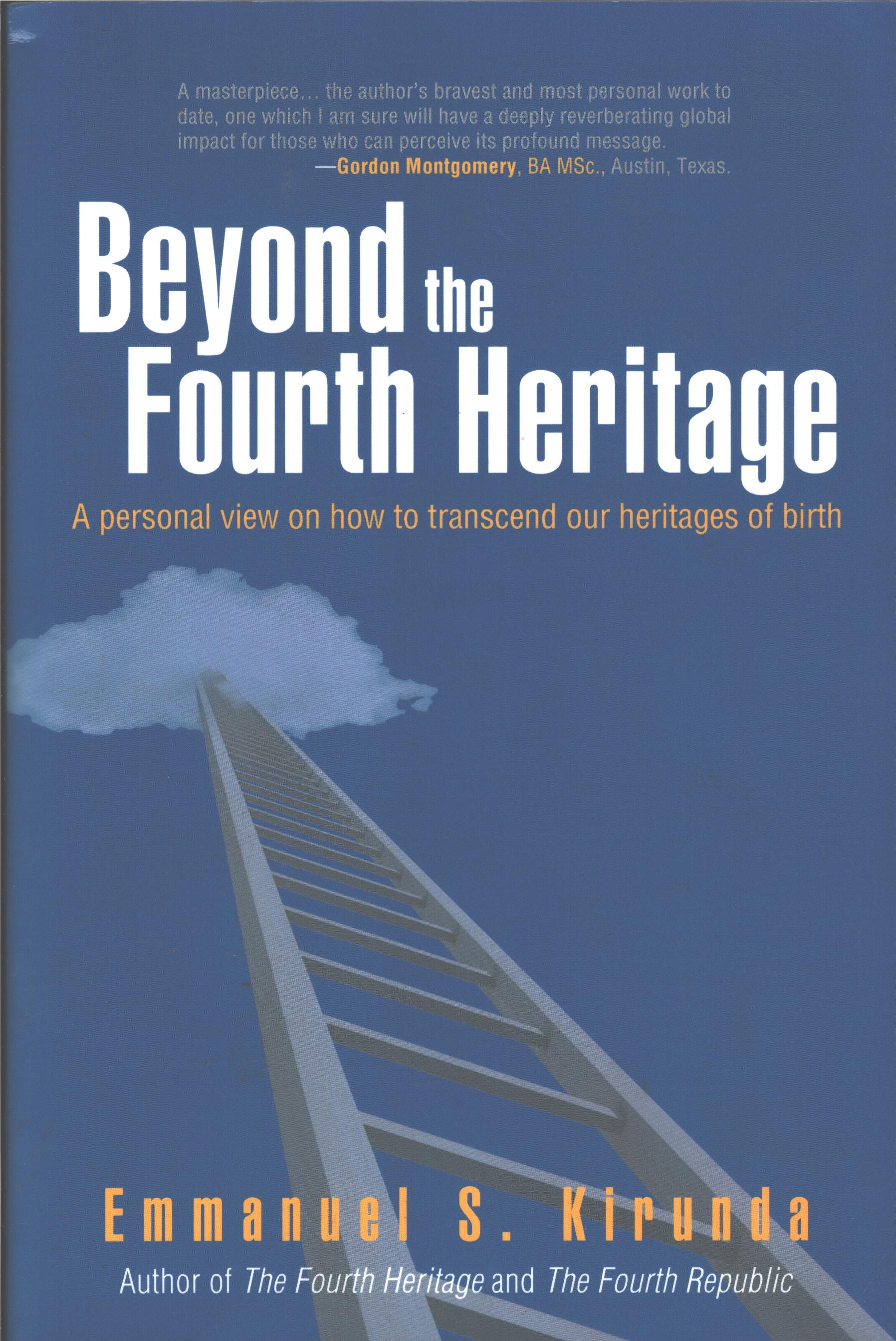 It has been said that whatever was not written, did not exist. That’s why history is the story of things written down, not necessarily the story of things as they happened in the past. It is this fundamental realization, among others, that prompted me to write my book Beyond the Fourth Heritage. It is the third and last instalment in my trilogy that started with The Fourth Heritage. While the first book was about African identity – how we spend a lot of mental energy on whether our tribe, religion or race is the most important element of our humanity – the third book is about how we know what we know via the authority of written texts.

Looking back 100 or 1000 years ago, one may think that our African ancestors never existed. Of course, it is a silly proposition, for they physically existed. However, right or wrong, for the sole reason that our ancestors did not write books, Africans are born as intellectual orphans because we are prone to blindly consume written accounts by non-African ancestors and surrender to them emotional, intellectual and spiritual authorization. On the flip side, I don’t know of any instance where Europeans, Americans or Arabs do the same for texts written by African ancestors.

I came to realise that the transition from our ancestral oral tradition to a written tradition, is the crucial step that has gravely failed educated Africans, who have in turn failed the ordinary African.

I was born, like many Africans, in a family with illiterate parents who used oral authorization to mould my mental foundations. My formal education was the catalyst that transitioned me into a written tradition. Unfortunately, because the books we study are 100% based on what non-Africans wrote down, the more we go through formal education, the more Westernized we become, and conversely the less traditional we are left. Whichever way you put it, whatever we get from reading History or Mathematics or religious studies is an exercise in forfeiting the authority of our ancestors in favour of the authority of non-African ancestors. So, at the end of our formal education, what really remains of an authentic African sense of world view?

In fact, should we be surprised that an overwhelming majority of us, whether educated or not, whether seasoned academicians or first time graduates, internalise an inferiority complex towards non-Africans?

Enter Beyond the Fourth Heritage

The book proposes the radical idea that all the education we get should find a way into the lives of the average African. It is written for that person who looks at the African condition and just as he/she is about to conclude that we Africans are destined to be dominated forever by people and ideas from outside, the thesis illuminates the poverty of that worldview. The book channels an intellectual road map that starts with simple incessant questioning by a bare-footed boy growing up in rural Iganga, and ends with a new world view woven through 12 hypotheses that unapologetically transcend the lack of written authority by our ancestors.

Africans are free to make new original definitions that can bring authentic Afro-centric ways of internalising what we read. By finding new ways to expand the human story through new interpretations, the whole humanity is better off.  These new propositions are anchored in the irrefutable fact that the African is the original human being, and his consciousness that runs longer and deeper than any other, has a duty to confidently add to the written human story. The world needs to read about what Africa has to say. If not for any other reason, then for the sole reason that global culture shouldn’t be defined only by Levi jeans, McDonald’s and Hollywood movies. African written propositions should be in the mix.

The book employs a down-to-earth non-academic approach that any curious African scratching his head about “why Africa is dominated in so many ways” will find as intellectual companion.  Beyond the fourth Heritage makes the courageous proposition that what we do or define NOW is more important than what our ancestors failed to do. Since we shall be ancestors one day, what we do NOW will have more importance, for future Africans, than anything that outsiders wrote down for the consumption of Africans.

In this book, I aim to change the status quo from a situation where most of our educated people leave their intellectual creations and PhDs in Western institutions, to a new paradigm where we Africans channel our world-class knowledge to the consumption of the ordinary African. On that judgement day, 100 or 1000 years from now, shall we be judged as the ancestors that continued the eternal error of African ancestors, or the ones who left behind original written propositions?

The book is available at Amazon and in select bookstores

In Raoul Peck’s film, Lumumba encapsulates this tragic side of life, yet he also…
The stability revolutionaries still alive may have gained the running of a government…
Release Date: 12th February 2021, Century Cinema, 14th February 2021 YouTube This…
Luganda poem by Nsubuga Muhammed (Nze)